The police will be able to call on the army to support efforts to enforce new coronavirus restrictions. Boris Johnson has announced that military support will be available if police become too busy ensuring people are following the rules. Forces will also be given extra resources to make sure hospitality venues are observing the new national 10pm curfew. Mr Johnson said the restrictions would only work if people comply and is bringing in a raft of new measures to ensure this is the case.

He said ‘nothing was more frustrating’ than the ‘sight of a few brazenly defying the rules.’ Visit our live blog for the latest updates: Coronavirus news live Businesses face £10,000 fines if they are caught not obeying the new laws while the penalty for people not wearing a face mask has been doubled to £200. Addressing the House of Commons, Mr Johnson said: ‘We will provide the police and local authorities with the extra funding they need – a greater police presence on our streets and the option to draw military support where required to free up the police.’

The army has already been involved in helping to administer tests throughout the pandemic and personnel worked to set up the Nightingale hospitals. Back in March 20,000 troops were put on standby in case they were needed as back-up for the emergency services. Soldiers have also been involved driving ambulances and helping to deliver and distribute PPE. Number 10 say the main role of the army will be to ‘backfill’ certain roles such as guarding protected sites, so police officers can be out enforcing the virus response.

The PM’s spokesman told the BBC: ‘This is not about providing any additional powers to the military, or them replacing the police in enforcement roles, and they will not be handing out fines. It is about freeing up more police officers.’ It understood 1,500 soldiers will be placed on standby, ready to replace police in guarding sites such as Downing Street, parliament and nuclear power plants. Troops from three battalions will be ready to step-in with 12 hours notice, if armed police are overstretched. It would be up to police chiefs to decide where and how soldiers are deployed and the army’s chain of command would not take over, according to The Sun.

Previously, police federations have complained about being stretched too thinly while trying to make sure people comply with lockdown rules. Among the new laws police will have to enforce are ensuring companies in the retail, leisure and tourism industries are ‘covid secure’. This has become a legal obligation, rather than just a recommendation, and businesses could be fined and closed if they breach the rules. Responding to today’s announcement, the National Chair of the Police Federation of England and Wales, John Apter said: ‘More funding for policing this pandemic is much needed. ‘The service needs all the help it can get, as financial pressures on forces are increasing day-by-day – but today’s announcement lacked any detail. We will wait for that before we celebrate too much.

‘Since the start of this pandemic police and military have been working together on logistics. This has and continues to work well; but the announcement from the Prime Minister has been seized by some as a suggestion that the military will be on streets helping the police to enforce Covid regulations. This is not what policing has asked for and not what it needs. ‘This is an ever-changing situation and police officers will continue to do an incredible job at adapting quickly. ‘The vast majority of the public complied with the restrictions placed on them. These restrictions affect us all, but this is about keeping each other as safe as possible. I would hope the public will carry on doing the right thing to help protect fellow citizens to minimise the spread of the virus.’ 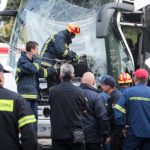 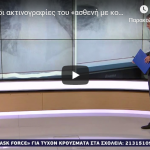