ASTEROID trackers at NASA have revealed rogue space rock 2020 TG6 will safely pass by Earth at a distance of close than the Moon on Saturday.

The US-based space agency’s Earth Close Approach site has released some incredibly-detailed data about this asteroid. The most amazing of which is the highly-unusual distance with which 2020 TG6 will safely barrel past Earth today At its closest, the oddly-named asteroid will be a mere 0.00092 Astronomical Units (AU) – only 85,519 miles from our world.

And although this may still seem very far away to some, this really is an extraordinarily close approach when considering the vastness of the ever-expanding Universe.

However there is no danger at all of the mysterious cosmic debris colliding with our world.

And furthermore, even if the asteroid were to collide with our world, it would no result in any destruction. 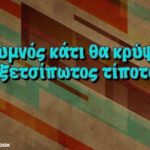 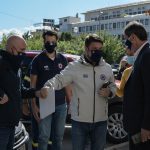