Canada is sanctioning 11 top officials with the Belarusian government over violent crackdowns and repression of protestors in recent weeks following what Canadian leaders called a “fraudulent” election.

In a statement issued Tuesday, Foreign Affairs Minister Francois-Philippe Champagne said the Canadian government is freezing the assets of the individuals, including President Alexander Lukashenko, and barring them from entering the country.

“Canada will not stand by silently as the government of Belarus continues to commit systematic human rights violations and shows no indication of being genuinely committed to finding a negotiated solution with opposition groups,” said Champagne.

“Canada and the United Kingdom are acting together to ensure these sanctions have a greater impact and to demonstrate unity in our condemnation of the situation. Canada stands in solidarity with the people of Belarus as they struggle to restore human rights and achieve democracy in their country.”

Those on the sanctions list are Lukashenko and his son, along with the country’s minister of internal affairs and the chairwoman of its election commission, among other top officials.

The sanctions come after the United Kingdom also announced last week that it plans to impose similar sanctions against Belarusian officials and as the European Union prepares to do the same.

The Canadian government says the move comes in response to “a systematic campaign of repression and state-sponsored violence” by the Belarusian government.

The country has been gripped by protests in recent weeks after a disputed election, which Lukashenko claimed returned him to power after 26 years in control.

Lukashenko, who is backed by Russian President Vladimir Putin, has denied election fraud but his government’s brutal crackdown on opposition leaders and protestors has led tens of thousands to take to the streets in opposition to his rule.

As Reuters has reported, Belarus is a close ally to Russia and Putin views keeping friendly leaders in power there as a key part of his defence policy when it comes to dealing with Europe.

Russia hinted at the potential for direct intervention against protesters on the ground in Belarus last week, with the country now offering up a “reserve police force” to Belarusian forces. 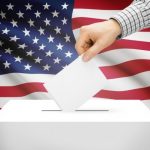